How to Avoid a Call to an Emergency Plumber

How to Avoid a Call to an Emergency Plumber

Life is so hectic and time is so short that people often take the easy route when they are attending to domestic chores, so that they can get on with something more important. However, such shortcuts can often lead to problems and you may be looking for a plumber's number right now, so that you can get them to unblock your overflowing drains. In the future, what do you need to remember so that you don't run into this situation again?

Dealing with the Scraps

Sometimes, a blocked drain can occur due to circumstances beyond your control, but in the majority of cases it will have something to do with your daily habits. For example, do you always make sure that you clean every single scrap of food waste off those plates, before washing them in the sink? Even tiny pieces of food (and especially rice) can build up over time within the system and will eventually cause a blockage. Scrape those pieces into the compost carefully if you're loading dishes into a machine, as well.

Time to Wake up

Do you like to have a cup of coffee when you get up in the morning? It's possible that you dispose of the leftover grounds into the drain without thinking about it, in your bleary-eyed state. These should also go into the compost bin, or they will lead to issues.

If you don't have any sink strainers, run to the supermarket and buy some. Always leave them in place to catch any food waste that you may have missed and try not to take them out under any circumstances, as you will probably forget to put them back!

Do you tend to "wing it" when you are adding washing powder to your machines? There is a reason why manufacturers specify an exact amount, as too much of it will solidify and eventually block the drain.

You should also get into the habit of putting wastepaper in a bin next to your toilet, rather than flushing it down. This may be alien to you in the beginning, but you will avoid a callout should the paper attach to the pipes and build up slowly to cause a blockage.

Finally, and with a longer-term view, don't be tempted to plant any saplings in close proximity to your outdoor drainage pipes. Some species will look for the nearest source of water underground in the dry season and the root structure could penetrate these pipes, causing a blockage.

What Did You Do?

Don't be afraid to ask your plumber for any additional advice, especially when they uncover the real cause of your current blockage. 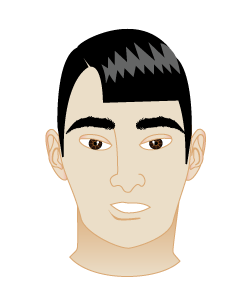 Hello! My name is Carl. I live in the city of Sydney, Australia. I recently moved into an older property which has many period features. Unfortunately, it also had a period hot water system. This hot water system was so old, it barely functioned at all. I soon got tired of taking cold showers in the morning so I decided to call in a plumber. He did a great job of installing a modern hot water system which now means I can enjoy a steaming hot shower every morning. I'm that impressed with his work, I decided to learn more about plumbing and start a blog.

Is Sedimentation Doing a Number on Your Water Tank?
22 March 2022

Is Your Blocked Drain Problem Simple or Complex?
27 December 2021